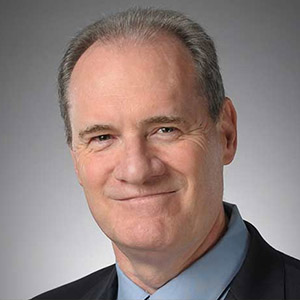 Jeff is Chairman of the Board, Chief Executive Officer and President of Click n’ Close, formerly known as Mid America Mortgage. Having been in mortgage banking since 1981, Bode founded and ran the original iteration of Mid America Mortgage in 1989, during which time he also became the first lender to develop an interface inside Calyx Point. In 2003, Bode sold Mid America to Aegis Mortgage and focused on developing Mortgage Machine, a proprietary loan origination system (LOS) and creating a tax lien business, which originated the highest amount of loans of all single-family tax lien companies in Texas in the first two years. He re-entered the mortgage market in 2007, and in 2010, he purchased Schmidt Mortgage Company and reorganized its operations to incorporate the loan production of another mortgage operating unit he managed prior to the acquisition, resulting in the re-emergence of Mid America Mortgage in December 2011. Mid America Mortgage was the first independent mortgage lender in the nation to implement electronic mortgage closings (eClosings) and electronic promissory notes (eNotes) throughout its retail, wholesale and correspondent divisions. In 2022, Mid America Mortgage sold the majority of its retail lending division and rebranded to Click n’ Close. 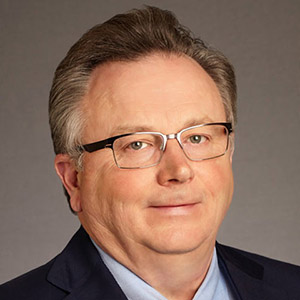 Gary serves as Chief Financial Officer for Click n’ Close. For 19 years he served as CFO at NTFN, Inc., where he was responsible for managing finance, accounting, compliance, servicing, quality control, human resources and IT departments. There, he negotiated and maintained $200 million warehouse line commitments with multiple financial institutions, reduced financial closing timelines by 50% and converted $10 million non-performing assets into cash. Prior to McKiddy’s tenure at NTFN, Inc., he held various financial roles at Ascent Energy, Inc., the pre-2003 iteration of Mid America Mortgage, Atlantic Richfield Co. and Arco Corporate. He is a certified public accountant (CPA) and has a Master of Business Administration from Oklahoma City University. 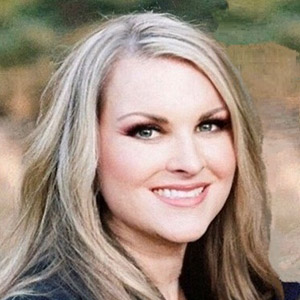 Sady Mauldin is a seasoned attorney with more than 15 years of industry experience. As Chief Compliance Officer, Mauldin manages compliance programs for all of Click n’ Close’s verticals. In addition, she provides legal oversight of Click n’ Close’s regulatory compliance, quality control, internal audit, ethics, policies and procedures, change implementation, continuing education and vendor management. Prior to joining Click n’ Close, she served as Managing Attorney at two national law firms where her practice focused primarily on residential real estate and mortgage banking law with a specialty in default services. In addition to holding multijurisdictional law licenses, Mauldin is a licensed title agent in several states throughout the country. 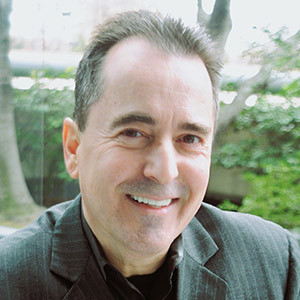 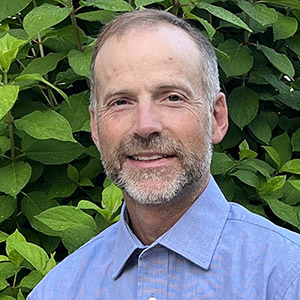 Click n’ Close’s Chief Operating Officer Dan Forshey holds more than 20 years of mortgage experience, with a background that includes retail and wholesale lending, secondary markets, collateral analysis and compliance. He joined Click n’ Close in 2010 as a Branch Operations Manager, where he was responsible for managing sales, processing, underwriting, and closing. As Chief Operating Officer, Forshey is responsible for improving efficiency across Click n’ Close’s processes, products and systems to support the company’s growth. 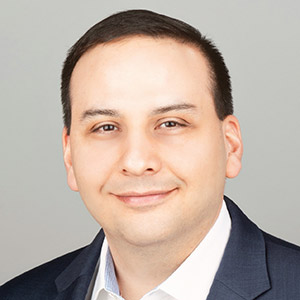 John Bargas is a seasoned mortgage servicing professional with 25 years of experience in financial services. He has experience in loan servicing, originations, secondary marketing, and accounting. John is a subject matter expert who has worked with numerous servicers to optimize their servicing operations. Prior to joining Click n’ Close, Inc. , John previously held leadership roles at NetBank, Lime Financial, EMC/Bear Stearns, Saxon/Morgan Stanley, Capital One and NewBold Advisors. John has a B.S. in Accounting from the University of South Carolina. 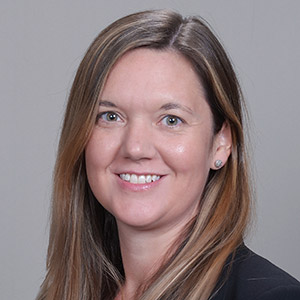 Corporate Attorney for the Servicing Division

Nicki Compary is the Corporate Attorney for the Servicing Division of Click n’ Close, Inc. She supports the servicing division in all areas including litigation management, contract review and negotiation, vendor management, and compliance risk decisions. She was an integral part of the management team that started the Servicing Division at Click n’ Close, Inc. She also manages the day-to-day operations of Click n’ Close’s subsidiary Title Agencies. Prior to joining Click n’ Close, Nicki managed the Texas title and closing practice for a regional default law firm. She is licensed to practice law in Texas. Nicki has a BBA in Finance from Southern Methodist University and obtained her JD from Texas Wesleyan University School of Law (nka Texas A&M University School of Law). 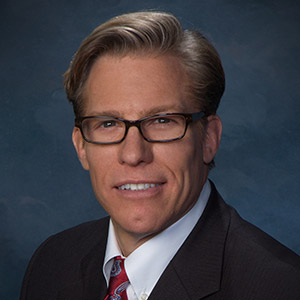 Adam W. Rieke is a 20 plus year industry veteran with an incontrovertible record of success in the arena of Wholesale Lending. Adam has built and managed highly successful and profitable Wholesale Lending Operations since 1995, where he led First Horizon’s Wholesale Lending Operation in the Chicago market. Adam has also served as President and CEO of a national wholesale lender, which was sold in June of 2006 at a premium to shareholders. Most recently, Adam spent the past 7 years in a Senior leadership role (Senior VP) with Mortgage Services III, LLC (“MSI”) which began as a “de novo” or start-up in May of 2007, and became the 7th largest wholesale lender in the nation by volume (Crains 2013). 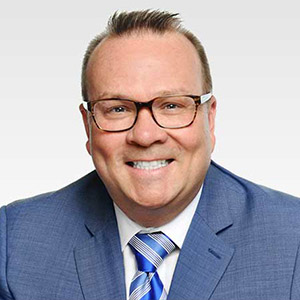 Kerry Webb serves as the Executive Managing Director of Click N’ Close Mortgage. Webb has over 23 years in Mortgage Banking Experience and is focused on the growth of Wholesale & Reverse Mortgage Divisions. 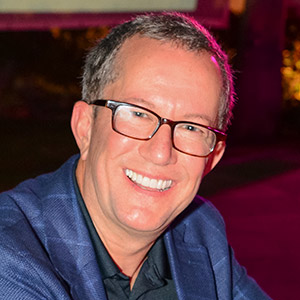 Brett Robinson is the Founder and Managing Director of 1st Tribal Lending, a mortgage banking and servicing company operating as a division of Click n’ Close Mortgage, Inc. 1st Tribal Lending is the nations largest originator and servicer of Section 184 mortgage loans. The Section 184 program is devoted to bringing mortgage capital to Native American reservations and service areas through purchase, refinance and construction loans to tribes and tribal members. Robinson began his mortgage career working for GECC Financial in Maui, Hawaii. He then moved to the retail brokerage business with Quest Mortgage in Santa Fe, New Mexico eventually becoming the owner and President. After the meltdown of 2007/8, Robinson gathered the former employees of Greenpoint Mortgage’s tribal lending unit and restarted the business. 1st Tribal Lending has been a valued part of the Click n’ Close Mortgage group since 2011. 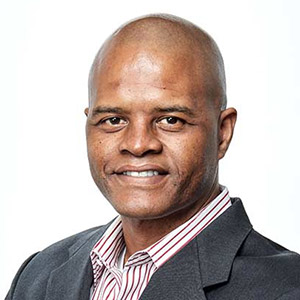 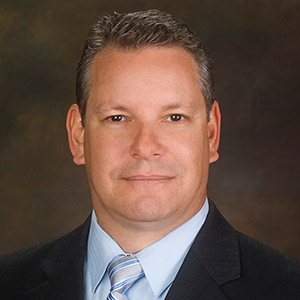 Michael is the Managing Director for the Whole Loan Trading Division of Click n’ Close. Before joining the organization in 2016, Michael was the Senior Vice President Chief Risk Officer at Guardian Mortgage, where he drove strategic initiatives with a focus on enterprise risk management, capital markets and servicing. Prior to Guardian Mortgage, Michael was the Senior Vice President of Capital Markets and Correspondent Lending at Nationstar Mortgage. Throughout his career Michael has held several positions in servicing, risk management, and marketing including a seventeen-year tenure with Fannie Mae. He is an active member of the Texas Mortgage Bankers Association and has held a Director position since 2008. 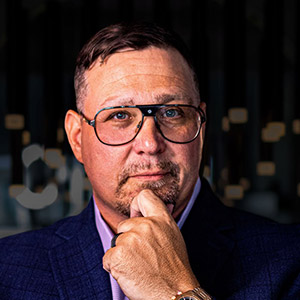 Devin Dubuc is the Managing Director of the Dubuc Team and Corporate Branch Manager at Click n’ Close Inc. With over 2 decades of experience in the mortgage industry, Devin has coached thousands of loan officers and support staff to achieve ultimate success. Devin has a driving passion that is demonstrated through his leadership and uses that passion to motivate others to see past average and create the most successful versions of themselves. His take action attitude is the driving force of his success and those around him, and allows for his employees to conquer obstacles and achieve accomplishments they never dreamed possible. Devin leads his team with integrity by instilling core values into the organization. These values create an honest and open work environment, which require for everyone to be held accountable for their actions and have respect for our employees, business partners, and consumers. Devin strives for constant improvement in day-to-day operations and focuses on continuous ways to eliminate redundancies within the organization. Devin carries strong family values into the company and understands the importance of having a work life and family balance, bottom line families always come first. When Devin is not at work he enjoys spending time with the love of his life Deirrian and his 6 amazing children Brandon, Mackenzie, Dylan, Teodora, Jaxon, & Kai. 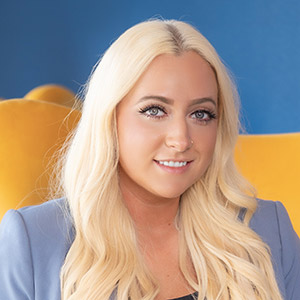 Janet Pitney is a seasoned executive professional and Executive Assistant to Jeff Bode. Upon earning a Bachelor of Science degree in Business Administration and Commerce from The University of Alabama, Janet worked in Research and Development focusing on renewable energy, hydrogen, and fuel cell technologies. While working in Research and Development, Janet found success in redefining the companies processes and assisted in the development of high-efficiency tracking operation improvements. Making a transition into the mortgage industry, Janet joined the Click n’ Close team in 2019 where she supported the retail division as a Loan Partner and Direct Submit Processor. In August 2022, Janet joined the Click n’ Close corporate team supporting marketing, learning and development, and the implementation of new loan products. 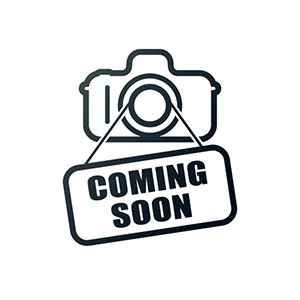 Amy Fischer – Executive Assistant over 15 years’ experience. As an executive assistant at Click n’ Close, Inc.. Areas of responsibility include: compensation agreements, warehouse lines, audits, branch / corporate applications, renewals and certifications. Before coming to Click n’ Close, Inc. she was a C-level administrator at LPB Energy, a full-service energy management firm. Prior to LPB Energy she was a corporate trainer at SkyTel Communications. She lead the training within the Central Region for the nationwide launch of 2-way messaging using Motorola’s ReFlex technology and Tango two-way pager. She holds a Bachelor of Science degree from Texas State University.